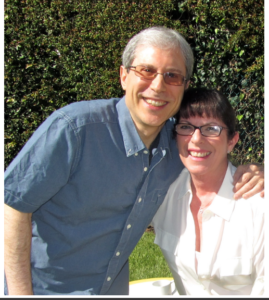 Carrying on His Legacy

Hello, my name is Julie Nimoy. Sadly, on February 27th 2015, I lost my dad, Leonard Nimoy, from complications arising from chronic obstructive pulmonary disease (COPD) — also referred to as chronic bronchitis and emphysema. Each year millions of people throughout the country, like my father, are diagnosed with this debilitating and potentially fatal illness.

Prior to his passing, Dad took to social and traditional media to bring this common but often undiagnosed disease to light. In his last interviews and through Twitter, he reached out to educate his fans, openly discussing COPD and the dangers of smoking.

In honor of dad’s life and legacy, my husband, David, and I are continuing his wish to create awareness for lung disease and prevention by forming a new foundation called The Nimoy Knight Foundation.